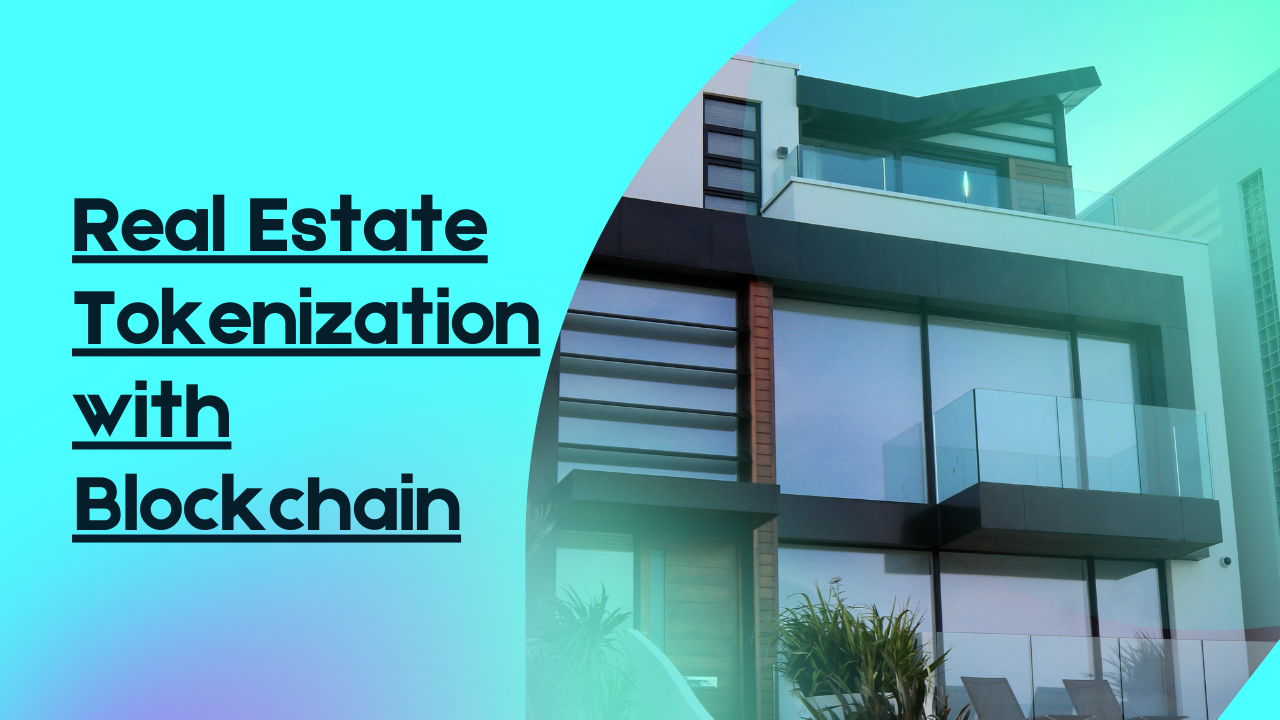 Blockchain basically creates a democratic market, where a property’s possession is broken down into thousands of small items, represented as “tokens,”. This simplifies the home buying-selling process, attracts investors from varied backgrounds, and increases liquidity! Although it looks quite simple, there are a few aspects that need to be considered. But before understanding various facets, let us evaluate the issues prevalent in the real estate industry and how blockchain is poised to solve these problems.

Significance of Blockchain Technology in the Real Estate Sector

India, a country that houses 1.37 billion people, has trillions of dollars of real estate assets. Despite that, property investment still remains a problematic area due to difficult entry, heavy capital investment, low liquidity, and the lack of an efficient trading market. While real estate investment trusts tried to resolve these issues, legal compliances and taxation remain a cause for concern.

Cyberwalk in Manesar (Gurugram), a 1 million sq. foot property, is the latest example. It will soon be tokenized on the DigiByte blockchain by EGW Capital. Once tokenized, the asset will be listed on exchanges that support digital tokens. These digital vehicles will not only fetch an annual interest from the tenants but will also offer an opportunity to benefit from price appreciation.

What is Blockchain Technology?

Invented by an individual identified by the pseudonym, Satoshi Nakamoto, Blockchain technology is undeniably a revolutionary change for every industry. Before understanding the relationship between real estate tokenization and blockchain, comprehending what the technology entails is important.

Blockchain is a cryptographically secured chain technology where humongous amounts of data are stored, managed and shared in nodes (data points and devices) in a large network. Since this technology is essentially used for peer-to-peer transactions, it is decentralized.

Decentralized networks, as opposed to centralized ones, don’t have all of their data on a single central server. Hence, the data is at a lower risk of being hacked. Primarily because retrieving data from numerous servers (as in the case of Blockchain) is far more difficult than doing so from one central or general server.

The most important aspect of Blockchain is that it provides a public ledger of all blocks because of its decentralized network and all the essential data included in the – contracts, rules of investment, legalities – thus enabling transparency whilst effectively protecting the identity of the user.

What is Real Estate Tokenization?

Real Estate Tokenization is a mode of providing fractional ownership of a property to an investor through blockchain technology. The technology divides a property or an asset into digital tokens – smaller representative units of a property, each of tangible value – which in whole numbers may be purchased by an investor who will thus gain fractional ownership of the property. From residential to commercial real estate, this technology can be used for every type of investment.

Not limited to only real estate investments, these digital vehicles can be used to create and manage property documents in the form of smart contracts. Furthermore, through these tokens, investor due diligence can be performed in accordance with local KYC and compliance laws.

You must think that real estate tokenization is similar to investing in shares, the same as securitization. While the process is almost similar, there are, however, a few things that set them apart.

Securitization is the collection of assets in a pool and the transfer of this pool to a legal entity (usually a special purpose vehicle or SPV). The SPV then structures these assets and provides them in different tranches characterized by different risk levels, interest rates, time period of investment, etc. Securities are then issued, which are sold to investors and the proceeds of which are later transferred to the originators.

While securitization is an efficient mode of making financial transactions, it is expensive, time-consuming, contractually inconsistent and asymmetric, and can involve various stages lacking transparency of the usage of the investor’s money.

How does real estate tokenization work?

In real estate tokenization, digital or blockchain tokens are issued through an initial coin offering (Similar to what we know as Initial Public Offering). These tokens represent an asset, which in our case are real estate assets. Once issued, these tokens are then traded on a secondary market.

There are plenty of additional benefits to real estate tokenization which make it a much more efficient prospect than any other previous form of investment. Some of these include:

Real estate has always been, essentially, a form of low-liquidity investment or an illiquid asset. Primarily because –

However, through real estate tokenization, investors get easy entry, assets get fractionalized, which thereby increases the liquidity of tokens. Therefore, Real estate can become about so much more than buying homes and emerge as one of the lead industries of revenue generation.

Real estate investment is often considered a game for elites. However, real estate tokenization changes this mindset and widens the investor pool. Anyone with sufficient capital and an internet connection can sell, buy or hold real estate assets from any corner of the world.  Since the tokens (or the assets) are fractionalized, you don’t even have to sell the token as a whole unit.

From contract clauses and transaction details to your preference details and interest due dates, every data is programmed into a secured, digital token. Therefore, there is complete transparency between the investor and the seller. Plus, with fewer intermediaries and reduced administrative work, the whole process of buying and selling houses becomes less expensive.

The real estate industry has quite often witnessed extreme legal battles over ownership and rights. These can not only be financially draining but can also impact the brand value. Tokenization erases the possible cause of dubiety. The data stored in blockchain ledgers cannot be tampered with. Hence, once ownership or fractional ownership is declared, you can easily evaluate past or current transactions.

Delayed monthly rent payments or renewing leases often poses a challenge for both tenants and property owners. Blockchain-based smart contracts or tokens can streamline this process. Through real estate tokenization, you can register documents into a database, get timely rents from tenants, syndicate loans, and accelerate the due diligence process.

Despite being substantially efficient in their technologies and having a number of advantages, Blockchain and Tokenization haven’t been regulated in the business world. They aren’t being sufficiently implemented. There may be quite a few reasons for that, including:

In many countries including India, there aren’t many laws surrounding or claiming the validity or invalidity of smart contracts. Many prime real estate companies, contractors and investors do not venture into Real Estate Tokenization in order to avoid any future legal brawls surrounding an upcoming legally unestablished technological framework.

Being truly global, real estate tokenization attracts investors from different corners of the world. However, tax policies related to it are either not defined or are not systemized in many countries. This creates a worldwide complicated tax web, that makes understanding the legal frameworks a tad confusing.

There is an evident lack of infrastructure to facilitate real estate tokenization, and this is prevalent in many countries including India. Being a nascent technology, there is less awareness related to how these tokens can be used, what advantages they entail, or how various technical issues pertaining to it can be addressed.

Although owning assets through cryptography technology is considered safe, custody of digital tokens remains a cause for concern. With insufficiently established laws, cybersecurity and the risk of hacking still remains a cause of concern,

Blockchain networks use an enormous amount of energy. In July 2019, an online tool from the University of Cambridge determined that the energy used by the Bitcoin network is almost equal to that consumed by the entire country of Switzerland. This can be a monetary load for new companies.

So, is Real Estate Tokenization the Future?

For small investors, tokenization allows fractionalized ownership and offers an easy gateway to foray into the real estate sector. Along with fractionalized ownership, it facilitates portfolio rebalancing and management for high-net-worth individuals. When it comes to token issuers, automation and digitalization streamlines processes, reduces operational costs, and opens the asset for a wide pool of investors. For intermediaries like agents, brokers, property managers, and lawyers, automation stores data, increases accuracy, saves resources while keeping the data completely secure.

It’s clear that Blockchain Technologyand Tokenization are anything but negligible. However, to truly realize the benefits of the technology, building a digitally equipped ecosystem is required. Since Real estate tokenization is a relatively new concept in India, devising a regulatory framework that addresses concerns related to taxation, legal obligations and cybersecurity is the need of the hour.

The future of real estate tokenization is, as accepted and seconded by many researchers, bright. Some predict major changes in the business world on the popularization of tokenization, because of the popular saying “The best investment on Earth, is the earth itself,” which can now be made possible to all with the help of fractional ownership. Land prices are ever-growing, and evidently, technology is ever-changing. The pace of progress in the two complements each other so well that it only seems like a matter of a few years that fractional ownership of properties will become the new FDs (Fixed Deposits) and RDs (Recurring Deposits) of India.