The sky is mysterious and profound. Several research-based studies, theoretical assumptions, speculations, and observations have been on about space for centuries. Nobody is sure how exactly the space was created and how it will end. However, there are several things that scientists are convinced about space.

Being sure about something does not always mean you are correct. And some of the assumptions and theories are incorrect or flawed from time to time. One of the assumptions that have now been discredited is the homogeneity of outer space. Several websites report that our Milky Way galaxy is not as homogenous as people tend to believe.

New research has challenged and disproven the continuous homogeneity of the Milky Way galaxy. What measures the homogeneity of something? The composition of particles and gases. A group of the astronomical research team has analyzed and measured gases present in our deep space. And, they have concluded that the nature of our Milky Way galaxy is not perfectly homogenous.

The previous models about our solar system and the Galaxy, in general, had made it clear that the gases present in the vacuum outside are perfectly mixed. However, it is not the case, and the recent evidence proves otherwise.

It is also imperative to point out that the study was funded and initiated to explore the genesis of the Milky Way. Barring out the dark matter and dark energy, the most significant constituents of our Galaxy are metals and gas. Now, after the study was concluded, three things came out as highlights. 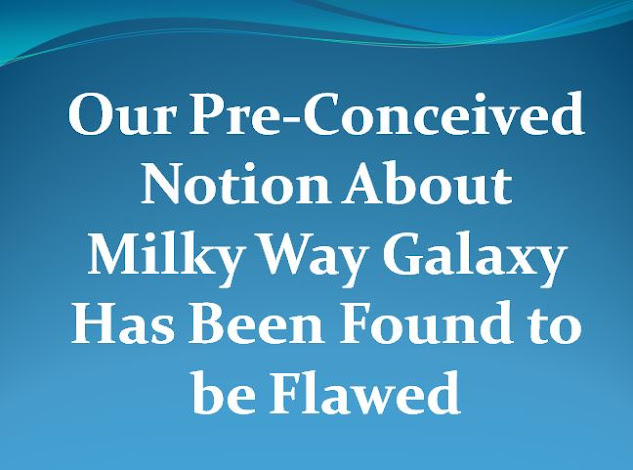 The Gases Present in Milky Way

First, the study explored the gas which enters our Milky Way from outside, such as Andromeda Galaxy. The second thing is the gas that exists between the space among the stars. The third form of gas researchers studied was dust due to the condensation process of the elements present in the gas.

One of the co-researchers of the program named Analisa De Cia, has made some statements regarding the research. She has explained that the gas that comes from the outside of the fringes of our Galaxy propels the creation of new stars. Also, she added that gases in the Galaxy are also formed from the dust of burnt-out stars and the condensation of elements such as Iron.

She also expounded that during the initial years, our Galaxy did not have any outside gas present. It was the gas coming from the creation of the universe and the Galaxy. As time gradually passed, she added that gases from outside the fringes entered the Galaxy and started messing around with the homogeneity.

Patrick Petitjean, a researcher in France, has added that three elemental compositions of gases in our solar system were initially thought to be homogenous. Astronomers and astrophysics believed that gases originating from different places are homogenously mixed. They are homogeneously mixed and then spread in the Galaxy uniformly. The only exception is where stars are more in number, and solar metallicity comes into the equation.

In one of the earlier studies, a group of scientists took turns and rigorously studied the atmosphere of 35 stars. In the 25 hours of study and analysis, the scientists used the VLT and Hubble in Chile. However, they were surprised after the research and concluded that the dust present in the atmosphere would be impossible to count using these spectrographs.

Thus, the astronomical observers present at the University of Geneva developed their method of observation. They then analyzed and showed that the gases that were observed were not homogenously mixed as previously assumed. They shared the pictorial, graphical, and mathematical results to show the outcome of the observation.

As we understand, the scientific term homogeneity refers to the uniform mixture of gases in a medium. Everything looks equally spread and uniform in our Milky Way galaxy, and it was earlier proved that gases coming from different places are similarly mixed. However, now observers have found out that it is not entirely true.

Why is My Canon Printer Displaying “Check Ink” 1486 Support Code

HP Printer Error: Some Common Error Codes and How to Fix Them

How To Make Your Crypto Wallet Safe and Secure

How to Share Files and Printers without HomeGroup on Windows 10

NASA Is Preparing to Launch a Telescope for Cosmic Delight

How to Make a FaceTime Call On Your Apple Watch

AirPods Pro Microphone Issues on Windows 10: Here Are the Fixes